About 20 years ago the Meatpacking District in NYC used to be the district of meat processing. The animals, mostly cattle arrived here, have been processed further, dissected and sent into the city for sale. The meatpackers, which were involved in these works, significantly shaped the image of this district. The corpses were hanging infront of the shops and blood was covering the pavement. Except for the transvestite prostitutes, that were also working here and their customers, barely anyone ever came to this part of the city. Today one of the most famous tourist attractions, the Highline, leads right through Meatpacking District. Throughout this development and change the neighbourhood became one of the hippest spots of New York City. Fashionistas and tourists are crowding in the streets and Google, Giorgio Armani and Whitney Gallery already moved here. Rents are increasing, shops and people disappearing, gentrification is taking place. „Special Offers“ copes with the mechanism of consumerism using the example of the Meatpacking District. Infront of one of the last non-restored buildings four marionette stereotype deputies of those, who came to this district in the course of time. They are hanging here as passive extras. The pink shimmering paper beneath them symbolizes their metaphorical "bleeding". 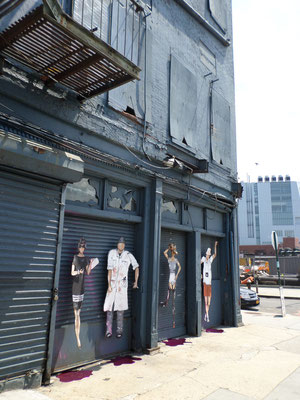 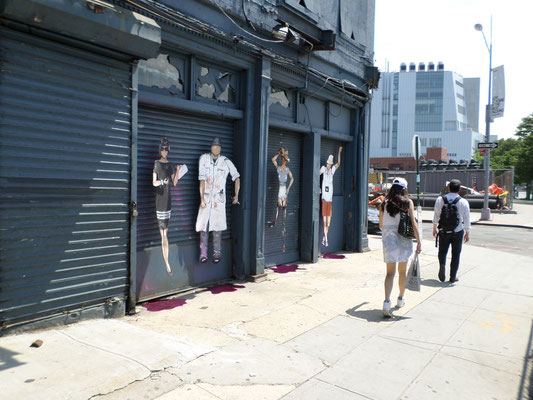 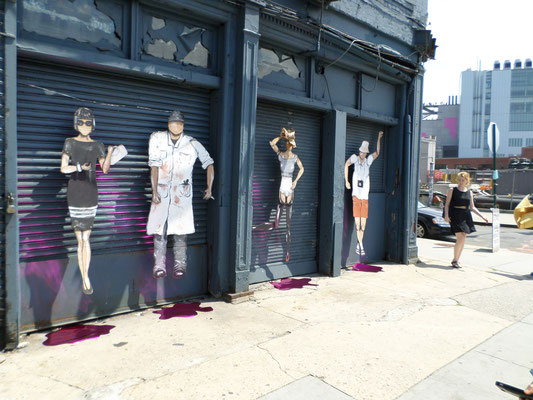 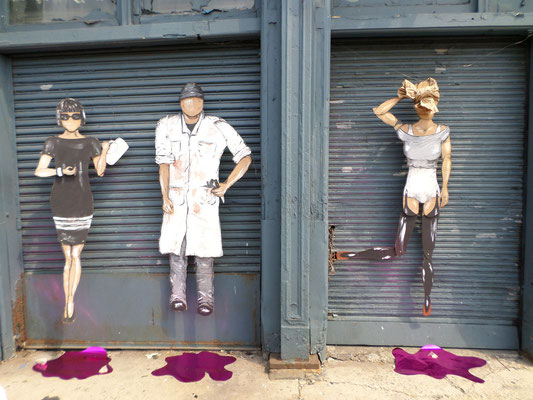 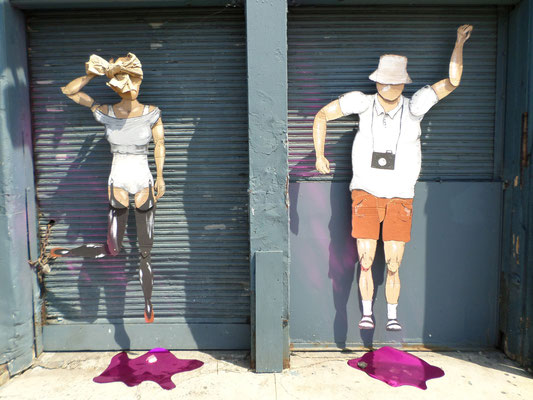 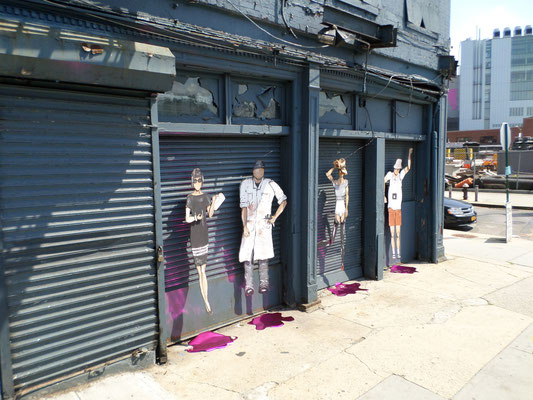